Craig D. Doyle is the president of the Indianapolis law firm of Doyle & Foutty, P.C., where he practices in commercial civil litigation, particularly involving real estate matters. Mr. Doyle has represented numerous title insurance companies, banks and mortgage companies, real estate developers, and other business entities. He has beenthe primary litigation consultant for six title insurance companies covering the entire state of Indiana. He has authored numerous publications involving real estate matters, title insurance issues, foreclosure actions and real estate development. Since 1995, he was a member of the Indiana Real Estate Commission, servicing 13 years, two as its Chairman. He is also a member of the USFN, MBA, GIMBA, ILTA and ALTA.

Law School Honors: Mr. Doyle was a member of the Dean’s list, a member of the Moot Court Society and Order of Barristers. He was a member of and principal brief writer for the Jessup International Law Moot Court competition in 1982. He was an oralist and brief writer for the New York Bar Association Moot Court competition in 1983. He was an officer of the Moot Court Board and the 1983 coach of the Jessup International Law Moot Court team. During law school, he completed an internship with the Small Business Administration. He received the Charles R. Oehrle award for outstanding student in insurance law. He received the Allen Smith Company prize for outstanding student entering private practice.

Board affiliations – private: Mr. Doyle was a member of the Board of the Indiana Lumbermen’s Mutual Insurance Company for 15 years.

Board affiliations – charitable: Mr. Doyle is a past board member (12 years) of the St. Thomas More Society as well as the Board of Providence Cristo Rey High School. 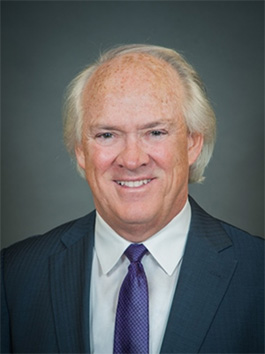